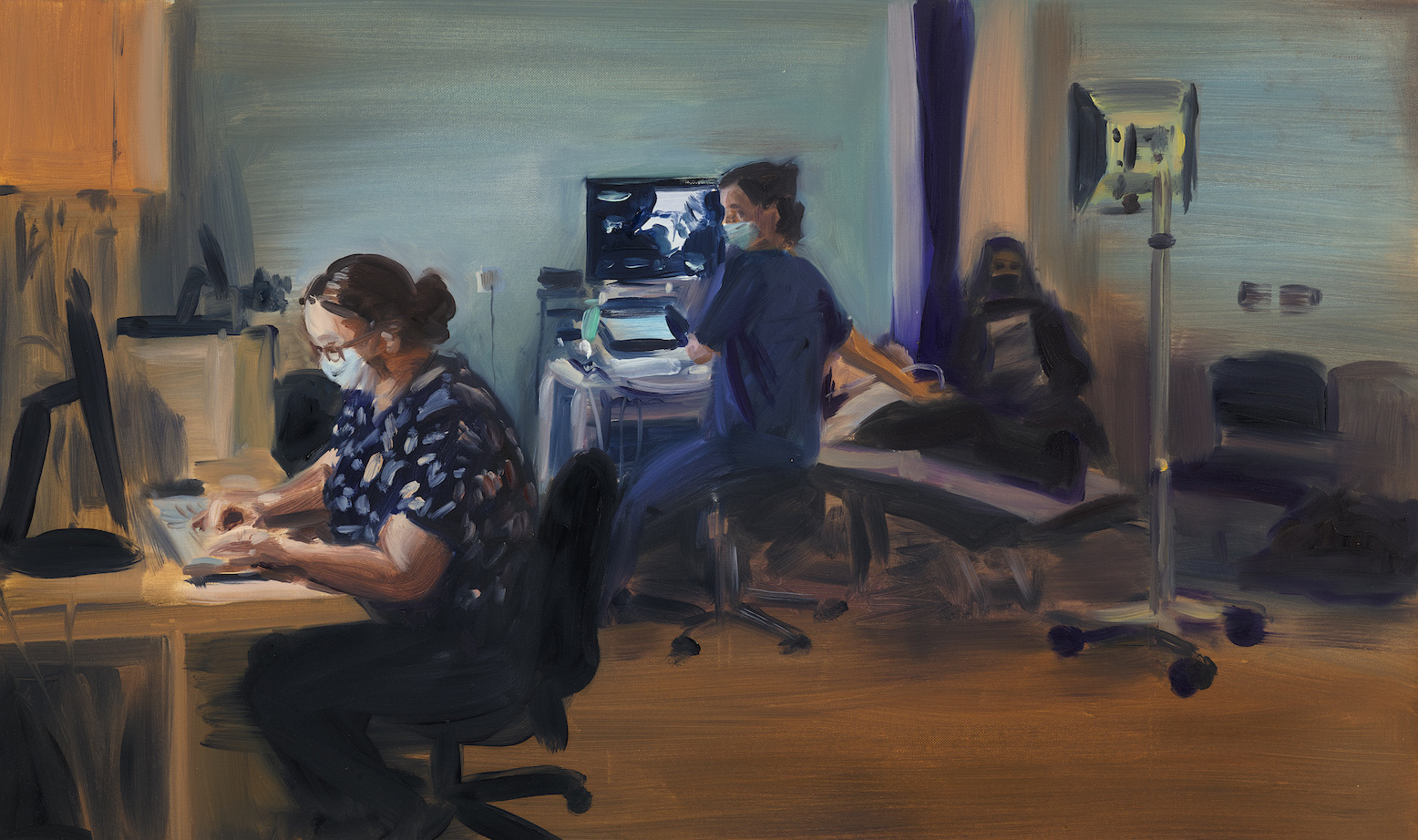 The Fitzrovia Chapel is proud to present an exhibition of new large-scale paintings by artist Caroline Walker. They follow her recent residency at the Elizabeth Garrett Anderson maternity wing at University College Hospital (UCLH). Caroline Walker is known for painting women at work and often behind the scenes, from hotel maids to her own mother. This new series of paintings sees her capture midwives, doctors, cleaners and mothers, and is inspired by a series of four paintings by Frederick Cayley Robinson ‘The Acts of Mercy’. These large paintings, measuring 200 x 340 cm each, originally hung in the foyer of the Middlesex Hospital, of which The Fitzrovia Chapel is now the only remaining building. After the Middlesex Hospital was closed in 2005 and shortly after demolished, the paintings were acquired by the Wellcome Collection nearby. Caroline will present three paintings at the exact same size as the Cayley Robinson’s within the chapel: ‘Theatre’, ‘Ultrasound’ and ‘Birthing Pool’. There will also be two smaller paintings: ‘First Nappy Change’ and ‘Newborn Check.’

You don’t need a ticket and can just come along.