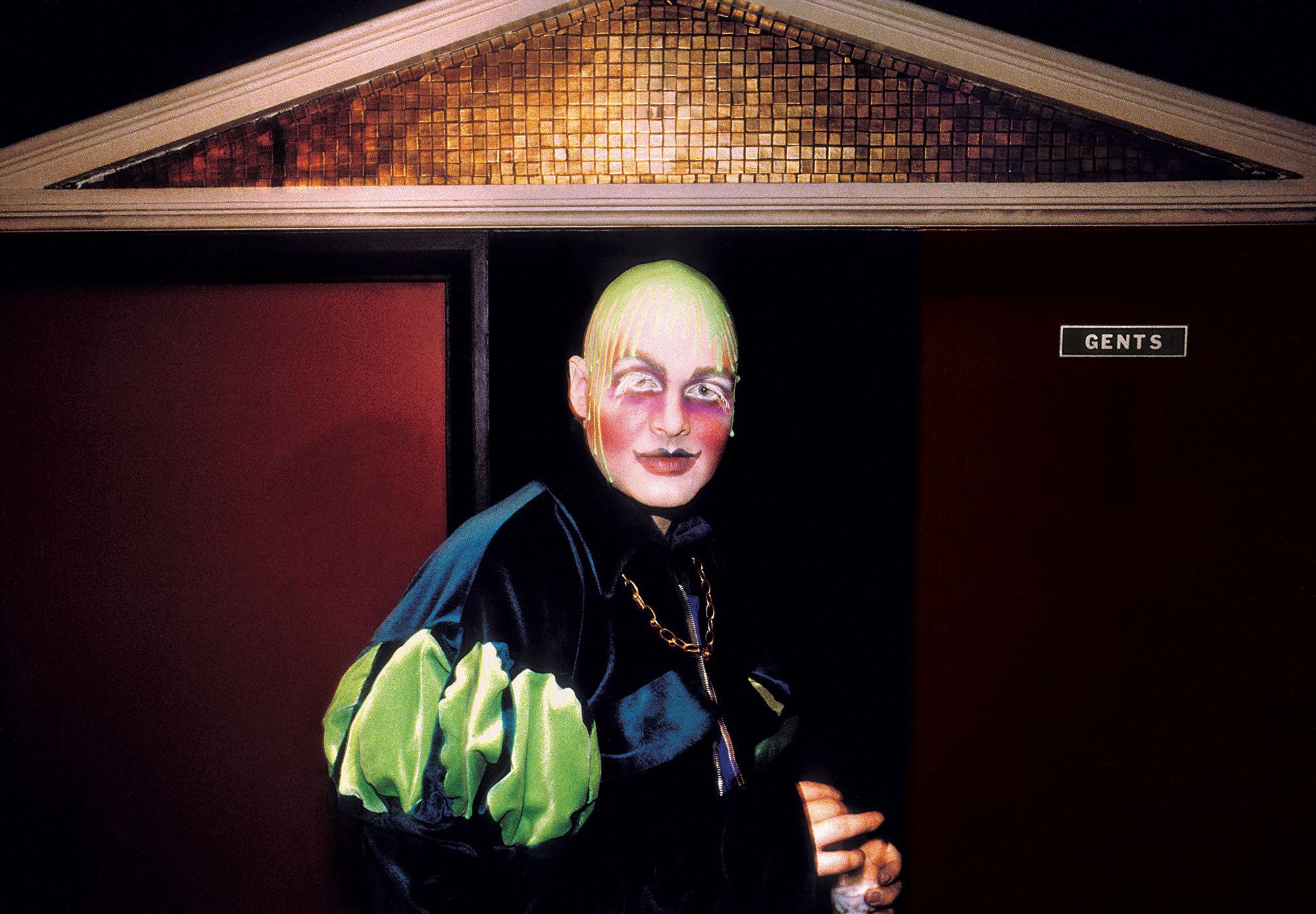 He was also known as one of Lucian Freud’s most famous models, sitting for the renowned painter for several years and becoming close friends, his large naked bald form becoming almost as recognisable as when wearing his own outlandish and ornately decorated costumes and creations.Leigh died of AIDS on New Year’s Eve 1994, shortly after his last performance at the Freedom Cafe, Soho in November, where people saw for the last time his legendary ‘Birth’ performance where he gave birth to his assistant and close friend Nicola Bateman live on stage, with Freud, Alexander Mcqueen and his other close friend Sue Tilley all on the front row.